Heanor and Loscoe, has, been part of the Borough of Amber Valley since Local Government reorganisation in 1974. At that time the neighbouring towns of Ripley and Belper took Town Status as successor authorities to the Urban District Councils. However it was not until April ​1984 following a referendum that Heanor and Loscoe Town Council was formed.
​
​The Council elects members to serve as representatives on a number of Outside Bodies.

The banner was presented to the Mayor on Wednesday 11th November 1998 and in the year 2000 it was exhibited alongside the Millennium Banners from the different towns and villages in the Borough in a unique Millennium Banner exhibition.

The Millennium Banner Project as a whole reflects the wealth of talent and creativity in the Borough.

The banners look at what is important to communities and the people taking part. Each banner has its own distinctiveness, the visual individuality of each reflecting the character of the towns and villages they come from, coupled with the creativity of all who took part in creating them.

The banners link together in shape to become a vibrant and exciting visual exhibition in the Millennium year.

In Heanor & Loscoe community groups, schools and individuals decided to focus on activities and events in the Market Place. The local industries and the Parish Church. Local artists, Tan Draig, Jeni Smith and Jan Reynolds worked with the groups to encourage them with their ideas and show them how these could be translated using a range of textile techniques into the final hanging.

Children from Loscoe Primary School contributed to the continuous machine representing Heanor’s industry past and present, Church Groups worked on the central section, the style reflecting stained glass windows and individuals and the Women’s Group worked with silk painting to give a vibrancy and sparkle that reflects the fair, the market and fireworks.

The Heanor & Loscoe Millennium Banner is located in the Council Chamber of the Town Hall.

In 2019, Heanor & Loscoe Town Council restored the Millennium Banner, following some disintegration of the silk work. Photographs shown below show the Millennium Banner before and after it was restored.
​
The Suffragette Movement Plaque
​
To mark the Century of Partial Women’s Suffrage the Town Council unveiled a plaque in the foyer of Heanor Town Hall, to commemorate the attendance of Emmeline Pankhurst, a leading member of the Women’s Suffrage Movement, at Heanor in 1910. A Parliamentary by-election was to be held on the 7th March 1910 for the Ilkeston Division, this included Heanor and a public meeting was held in Heanor Town Hall on the 2nd March 1910 at which the principle speaker was Mrs Emmeline Pankhurst.
​Photograph shows the plaque mounted by Heanor and Loscoe Town Council being unveiled by (from left to right) Heanor and Loscoe Town Council's Deputy Mayor Cllr Sheila Oakes, Iris Symonds (a local schoolgirl who won a Blue Peter Badge for her project on prominent women) and former MP Judy Mallaber.
Heanor Town Hall
​
Heanor Town Hall was built in 1867 and became the home of the first picture house in the town. It became known as Buxton’s Picture Palace, the proprietor being Mr F Buxton of Langley Mill and the Manger Mr F Temple.
​Photograph shows the Buxton’s Picture Palace.
A plaque in the foyer of Heanor Town Hall commemorates the fact that this was the town’s first cinema – Buxton’s Picture Palace in 1908.
​Blend Youth Project
On display in Heanor Town Hall is a piece of artwork which was created by Blend Youth Project in conjunction with the 50+ Forum. The artwork is shown below. 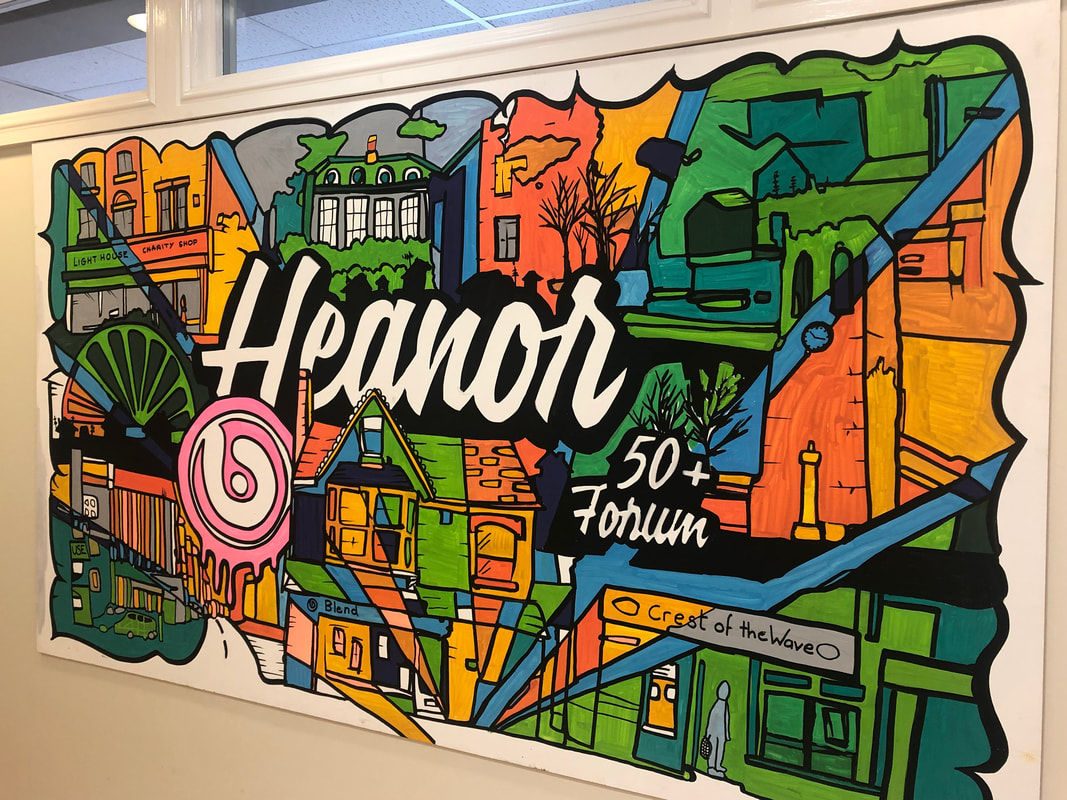 History of ​Heanor and Loscoe

​The Town was the home of William and Mary Howitt, who were prolific writers of their time over a period of 60 years, with their final resting place being near Rome.

Another Heanor boy, Henry Garnett, became an important participant in the Gunpowder Plot and was imprisoned in the Tower of London and executed in St Paul’s Churchyard. Heanor and Loscoe once stood on the world’s longest tramway, which ran from Nottingham to Ripley.
​
For a greater insight into Heanor and Loscoe’s past, a visit to the Heritage Centre based in Heanor Antiques Centre on Ilkeston Road is well worthwhile. ​
​

Origins of the Names 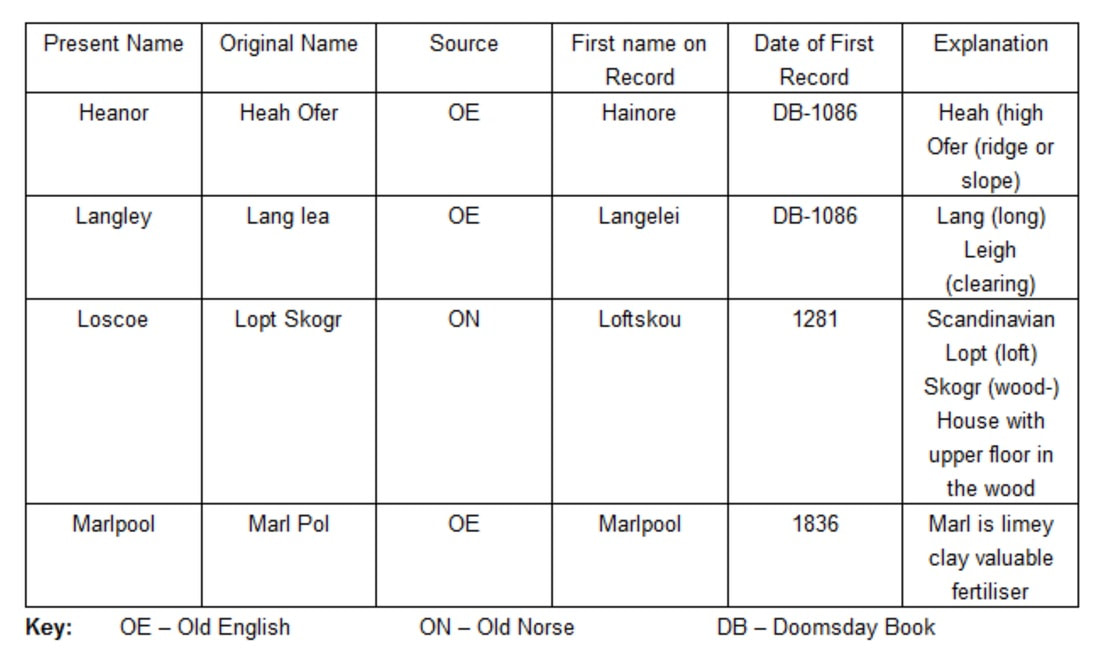